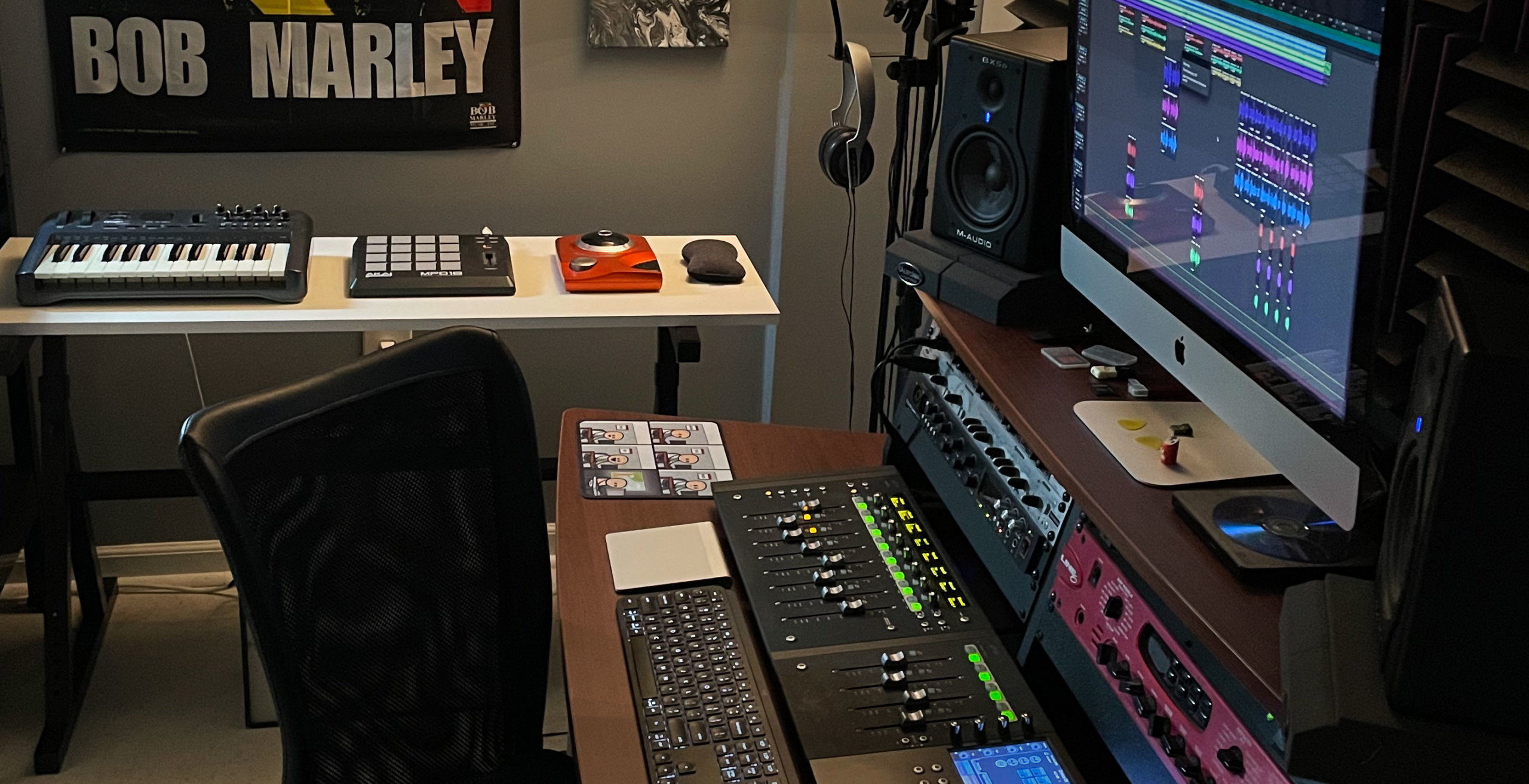 My interest in music production began in 1995 – roughly two years before starting my first band. I came across a simple 4-track recorder at a garage sale and start playing around with layering my vocal and sounds and I was immediately hooked.

I purchased my first interface, the Digidesign DIGI 001, in 1999 and quickly built a small project studio based around its capabilities. While teaching myself music theory and working with other local engineers to hone my craft, I quickly added a slew of outboard gear, including an additional 8 channels of input via optical input, several compressors, reverbs units, and equalizers to help create a tighter, more professional sound.

It was 2001 when I started using Reason to write additional accompaniments to my projects via external controllers and programming. My interest in this peaked during the industrial movement, and I became addicted to creating tones and beats whenever I had the free time. It was very apparent to me at this time that VSTs (Virtual Studio Technologies) were the future of music creation.

At this point, it became more and more apparent to me that ProTools and it’s limited hardware/computer support was holding back my ability to write and record music, so when Reason + Record was released in 2009, I abandoned ProTools and began to write and produce exclusively within Propellerheads suite of software – that now combined all the tools I loved in Reason with the ability to record audio. I went on to produce, engineer, and record a wide variety of projects – from rock, hip hop, rap, radio spots, and even some voice overs.

I currently use many different tools in order to write, record, and engineer music, including: Reason, Logic Pro X, and ProTools – while harnessing the power of VST plug-ins to do most of the heavy lifting that used to be assigned to physical hardware – though I still keep a few outboard effects/processors in the mix because of their unique sound or abilities.

You can listen to music that I have produced/engineered/recorded here. If you would like to work with me on your project, feel free to contact me so we discuss the details.